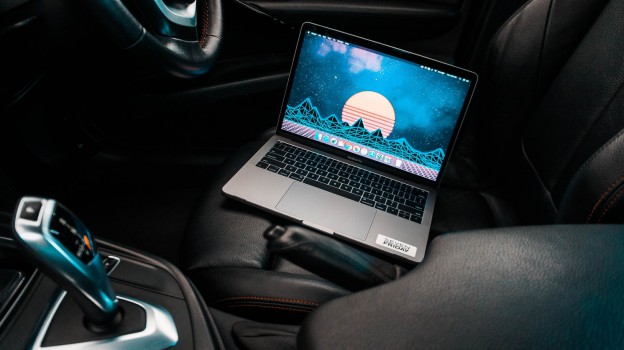 As this week is Halloween, we thought it was only right to share some of the biggest – and scariest – data loss stories of all time. Get behind the sofa, or dive under your duvet, these are some horrifying stories of data loss.

Back in 2009, the Home Office lost confidential information on every prisoner in the UK. That included over 400,000 records on serious offenders.

The home address and other details of Britain’s most prolific and serious offenders – including those who have committed violent and sexual crimes – were part of the data which went missing.

How did this data go missing you ask? The encrypted data was transferred from a secure server to a USB stick by a Home office employee… which was then lost. We aren’t certain if this employee is still with the Home office, but we highly doubt it.

The Battle For Veteran Data

Data loss is not restricted to the UK. The US Department of Veteran Affairs lost 26.5 million US army veteran records in one of the biggest personal data losses in history. A data analyst for the department had his laptop and hard drive stolen from his home containing the data.

The data stolen included addresses, birthdays, social security numbers and much more. The laptop was eventually found after a public campaign for a $50,000 reward was published. Despite the FBI claiming none of the data had been accessed, a lawsuit was filed on behalf of the veterans totalling in excess of $20 million.

Think of all the data that is out there about you. There is lots of it. Right at the top of the list of things you probably don’t want to compromise would be your credit card information, right?

In 2017 Equifax, a US credit provider lost the personal data of 143 Americans including their social security numbers, birthdays and more. As if this wasn’t bad enough, the credit card information of over 209,000 users was compromised.

The data breach has obviously had a huge effect on Equifax in many ways. Not only have they had to recover from this disaster and undoubtedly lost many customers because of their damaged reputation, but they also took a substantial hit on their share price. Time.com reported in 2017 that Equifax had lost $4 billion from their share price after this dropped 20% in the days following the disaster.

How to Avoid Your Own Data Loss

Business Cloud backup and data encryption are one of the biggest parts of our business. Many of the companies we hear to suffer from data breaches or loss of data are multi-national organisations or governing bodies who are large enough take a hit from their breach. On the other hand, we deal with many small-medium companies who think it isn’t necessary for them to have online cloud storage because it won’t effect them. In fact, the reality is that a data breach or loss of data through any means could affect small business the most, potentially putting them out of business.

If you want to avoid a Halloween data horror story, contact a member of our team to discuss the most effective ways to implement secure data storage for your business.

← You have to feel for this guy Cloud Storage – Things to Know! →